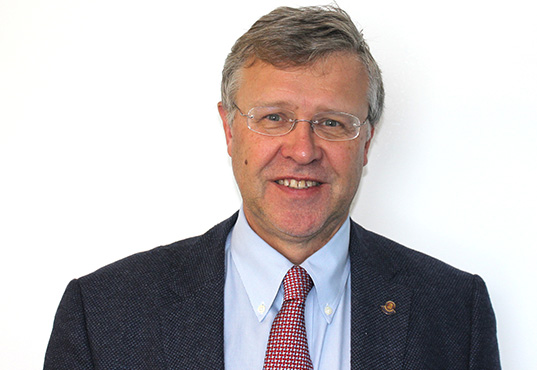 “Together we’ll tackle the issues that businesses face and ensure our companies can grow and succeed"
GM Mayor Andy Burnham has announced the 18 Greater Manchester business figures who will form his new Business Advisory Panel which includes HMG Paints Managing Director John Falder.

The panel’s members will advise the Mayor and Deputy Mayor for Business & Economy, Sir Richard Leese, on actions they feel the city-region should be taking on issues affecting business. The panel has representation from each of Greater Manchester 10 boroughs and membership is evenly split between women and men.

Members of the new panel include:

• Jennie Johnson MBE, Chief Executive of Kids Allowed Ltd. Jennie founded and runs Kids Allowed, a childcare group based in the North West which now employs 400+ colleagues, over 6 sites, and delivers the high quality childcare for almost 2000 children per week. In 2017, Kids Allowed were awarded Nursery Group of the Year by Nursery World, Business of the Year by the Manchester Evening News (£5-10M category), and Jennie became the first women to be awarded CEO of the Year in the UK Private Business Awards.
“Together we’ll tackle the issues that businesses face and ensure all our companies can grow and succeed here in Greater Manchester.”

• Ann Steer, Chief Customer Officer at N Brown Group plc. N Brown Group is a leading digital fashion retailer and FTSE250 company. Ann leads a large team of 350 people across many customer-focussed, digital and creative disciplines. She is a champion of women in business and launched a network called ‘Women Like Us’ at N Brown, which aims to inspire and help female talent reach their potential. As part of the panel Ann brings great experience and will champion this important issue on the panel.

• Tom Kirk, Managing Director, Francis Kirk Group. Tom Kirk is the fifth generation of a proud family business which has been established in the Greater Manchester area since 1868 and celebrates 150 years of trading history this year. The company was originally founded as a trade counter in Denton high street and has now grown into a £7m turnover specialist business in the engineering and fasteners sector serving customers locally, regionally and worldwide.

• Susanna Lawson, Co-founder/Director, Onefile Ltd. 13 years ago Susanna co-founded Onefile Ltd from her back bedroom in Burnage. Since then, the company has moved to offices in Central Park, recently moved to Arndale House and grown from 2 to 84 staff. Onefile Ltd has employed long-term unemployed people in the Newton Heath and Moston area. The company won the Queen’s Award for Innovation in 2017 and was recently shortlisted in the Greater Manchester Business Awards for Business of the Year and Customer Service Excellence. Susanna was also named a Forward Ladies Digital Leader regionally and nationally in 2017.

“I have been overwhelmed by the response we’ve had from the business community. The quality of those who applied to be on Greater Manchester’s first Business Advisory Panel has been very impressive.

“I’m proud that we now have a group of business leaders who represent full breadth of opinion, from businesses big and small, businesspeople young and old, men and women. The panel has dynamic and innovative representatives from right across Greater Manchester’s diverse communities and business sectors.

“Together we’ll tackle the issues that businesses face and ensure all our companies can grow and succeed here in Greater Manchester.”

“The continuing growth of Greater Manchester’s businesses is key to us delivering prosperity for the area and helping ensure that our residents are able to share in that success. It’s also essential that we capture the opportunities in emerging sectors where Greater Manchester has particular strengths. The Business Advisory Panel will provide important insight, and indeed challenge, as we develop strategies to achieve these ambitions.”

The Mayor has asked the panel to not only draw on their own personal experience in the private sector, but also look beyond it to consider what actions and polices can make Greater Manchester as a whole the best place to do business. To support the Mayor, Deputy Mayor, and the Local Enterprise Partnership, the panel will be free to look across all Greater Manchester policy areas, initiate new ideas and provide a challenge function. One of its first tasks will be to advise on the development of the Greater Manchester Employer Charter and how it can get the widest possible take-up amongst the business community.

The panel is an independent, informal and voluntary body with members joining on a personal basis, rather than as representatives of their own companies or organisations. Membership will change over time to ensure that as many business voices as possible can be heard. The founding 18 members have been asked to join for an initial period of 12 months.

The full list of Business Advisory Panel members along with the names of their companies are below: